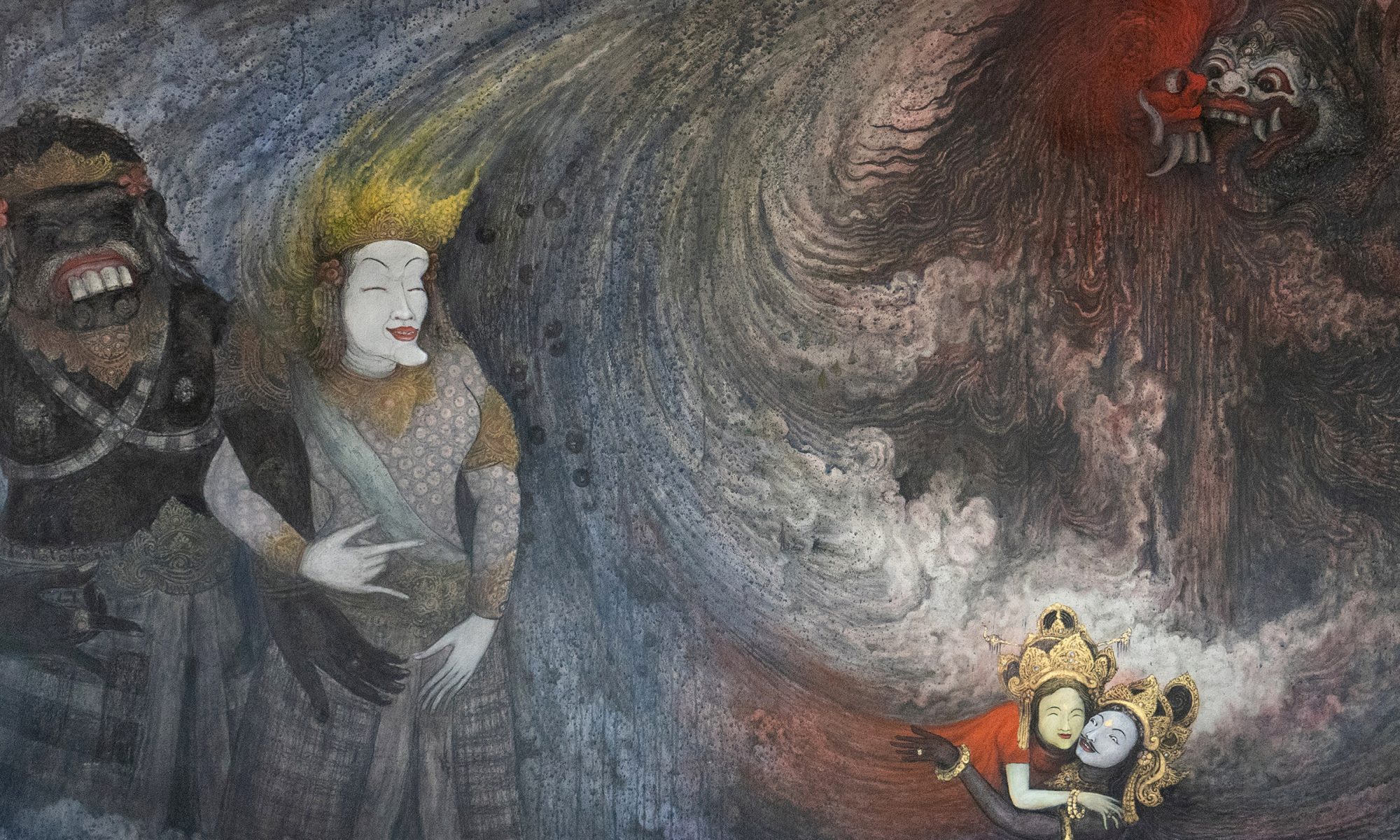 Budiana lives in a typical Balinese family compound in the old royal village Ubud –  pavillons in a garden, all full of  delicately  hand-made art, including a family temple. As a child, he loved to explore the rivers around Ubud in the deep jungle valleys- water and transition is a core of life. 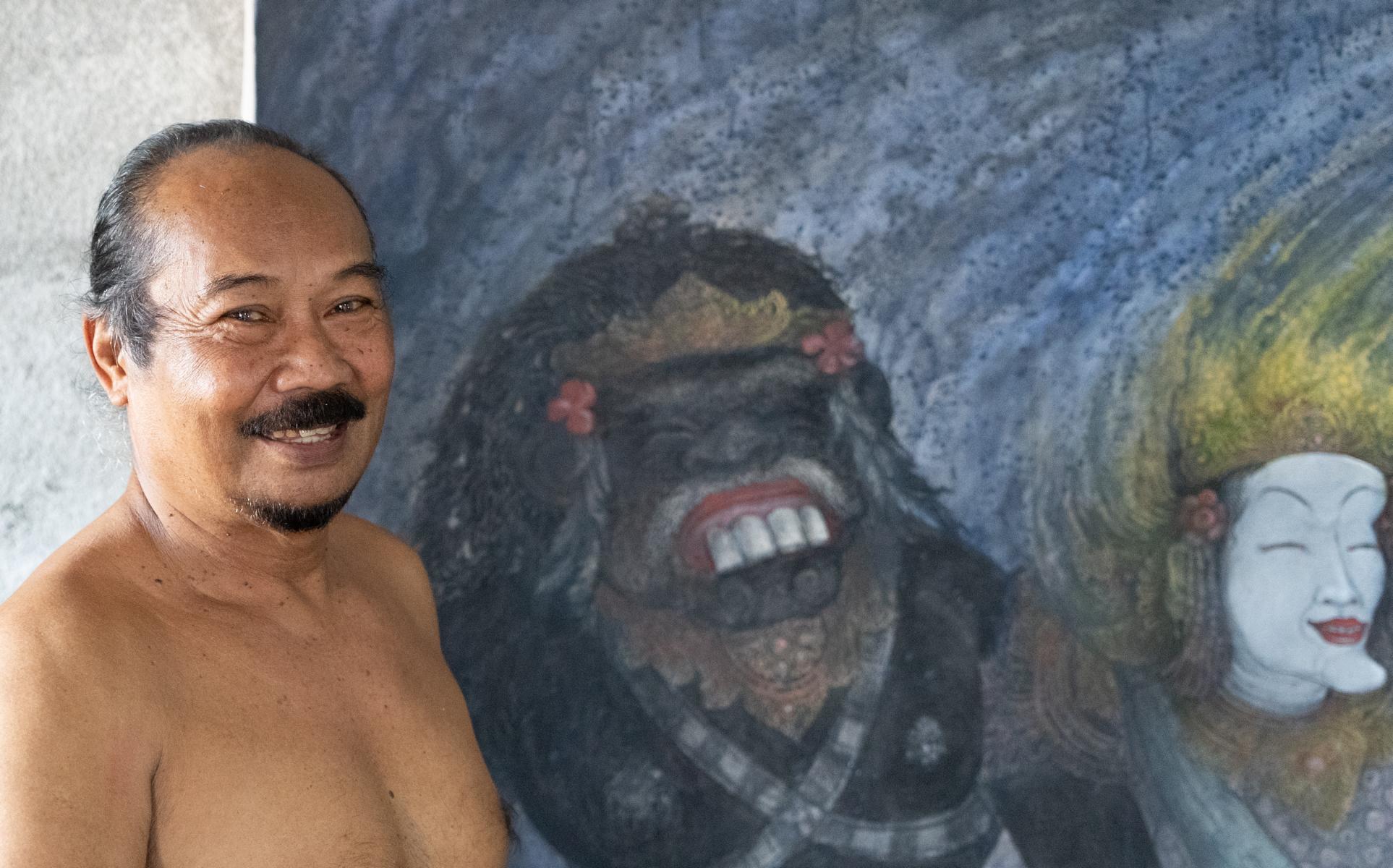 1969 Budiana started studying art in Denpasar at age 19. Back then, life  was still very traditional, no electricity on the island untill the mid Seventies, the first phone was installed 1985. A short walk away from his home lived artist legend I Gusti Lempad, born 1862, who reached the age of 116 years, when he died in 1978. Budiana also learned briefly from Rudolf Bonnet (1895-1978) in his late years from 1975-77. Besides Walter Spies, Rudolf Bonnet was one of the most influential artists on Bali in early 20th century. 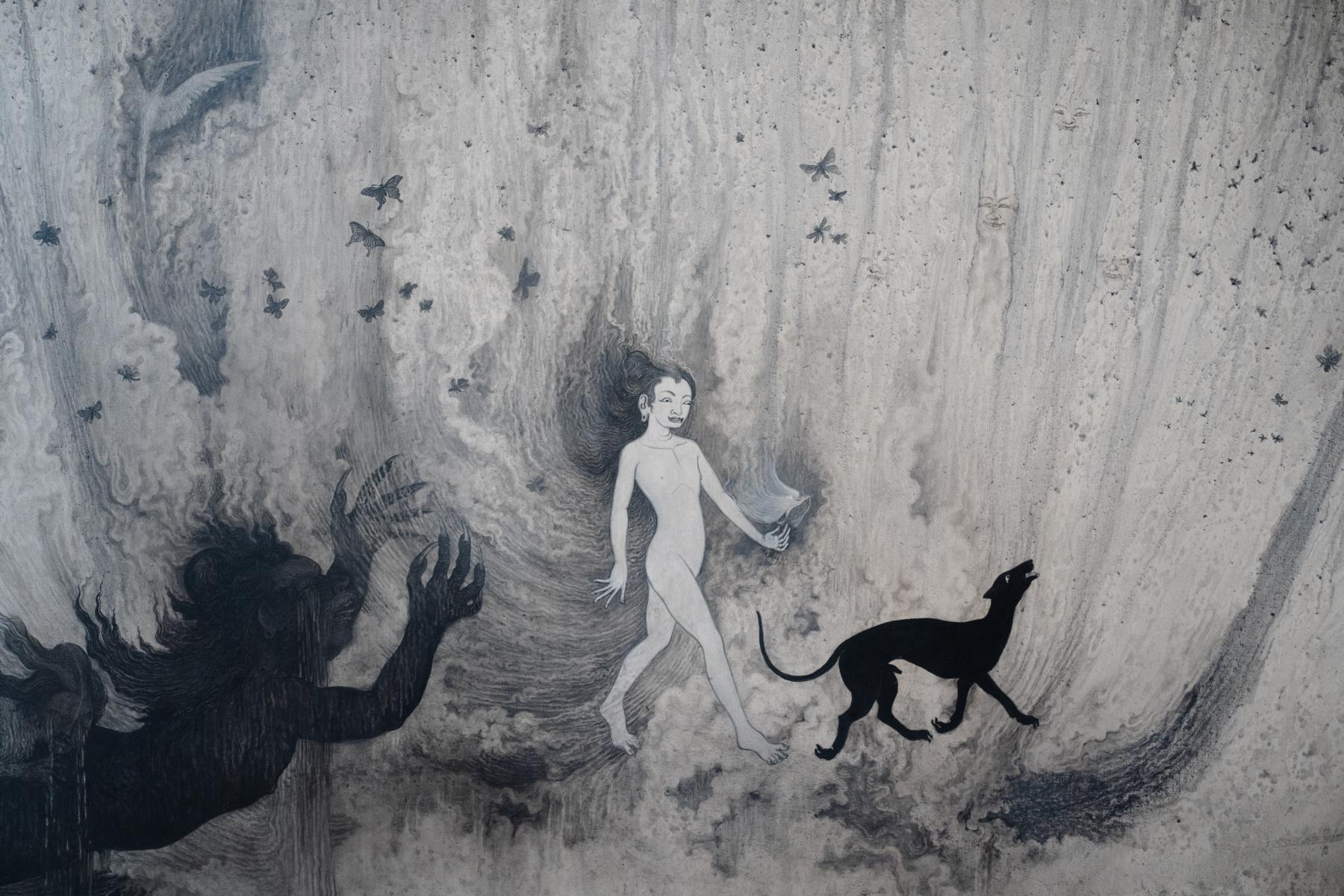 Sekala and Niskala, the visible and spiritual world – the art of Budiana helps us to connect with Balinese cosmos of belief,  transformation of our soul from birth to death and reincarnation. All emotional process in our heart stirred by his art is connected to mythology and spirituality of interwoven cultural roots. Creative dualism: light and darkness always are part of our life, dynamic movement of our karma, as Budiana explains in”Whirling”, a recent catalogue on some of his major works.

“Heading towards release” is the title of the painting above in Arma museum. Based on the Mahabharata epos, it shows the final moment, when the hero Pandava after all struggles and challenges is marching towards heaven – still facing a last obstacle. The guardians of heaven welcome him, but not his dog. “Without my dog I will not enter”, the hero answers – proofing his pure heart by being willing to go to hell for his dog.

Below a exerpt of s larger painting just finsihed in his studio, celebrating how Bali and Chinese culture meet, building a dynamic relationship.. The good spirit Barong (partly of Chinese dragon origin). and witch Rangda encounter each other in different manifestations. 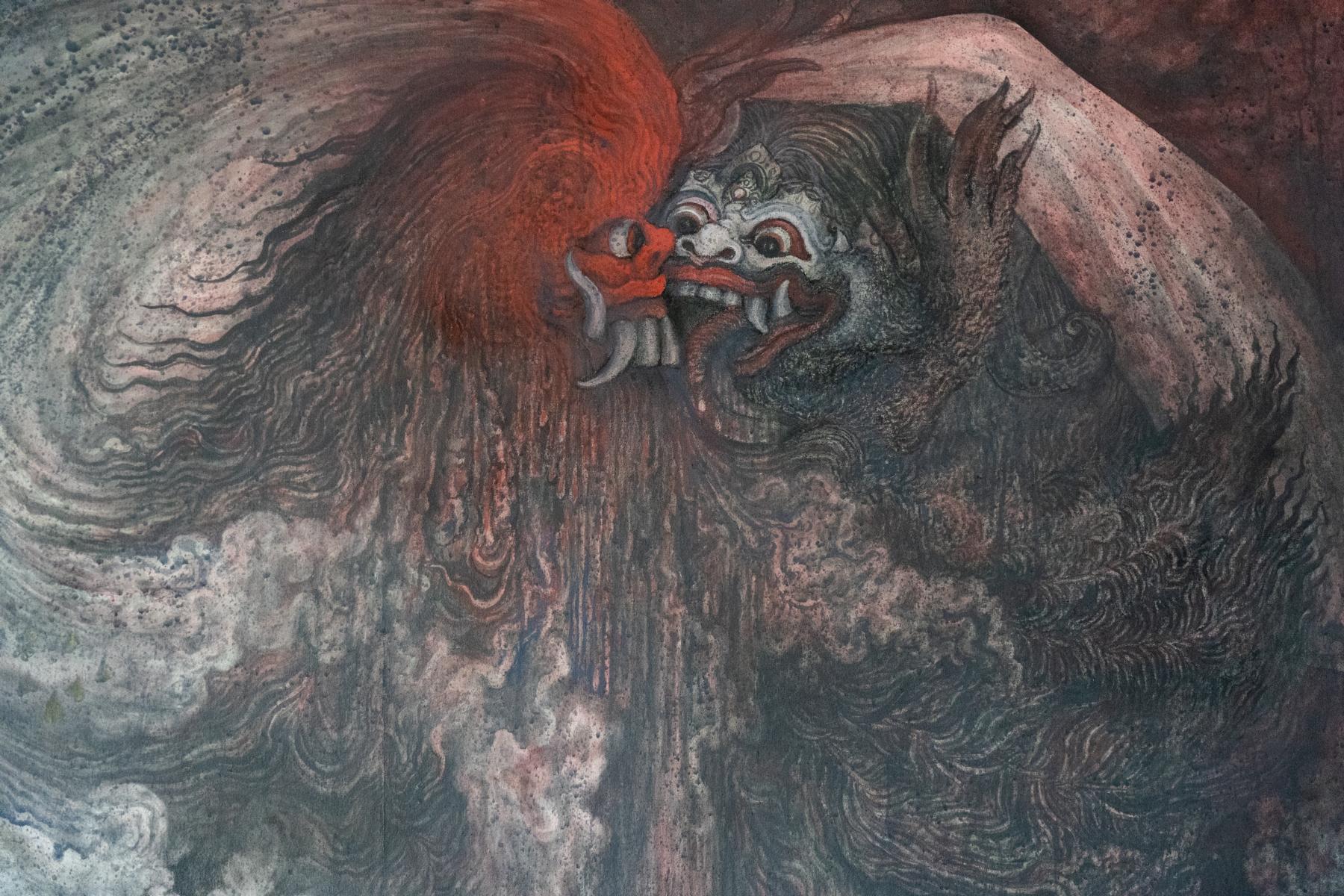 Since early beginnings, Budiana is also a mask maker (Topeng), sculpturer of sarcophaghi for cremation ceremony (bull,  lion etc. ), statues in the temple – involved in a lot of community work. He also has a passion to teach, studying teaching as well in the Seventies.

Since his childhood he loves deeply Moneky Forest, he told me.  Many of the sculptures in the Monkey forest were created by him. He always enjoyed visiting Monkey forest,  connect to the nature there and creating sculptures inspired by the spirits of the place. 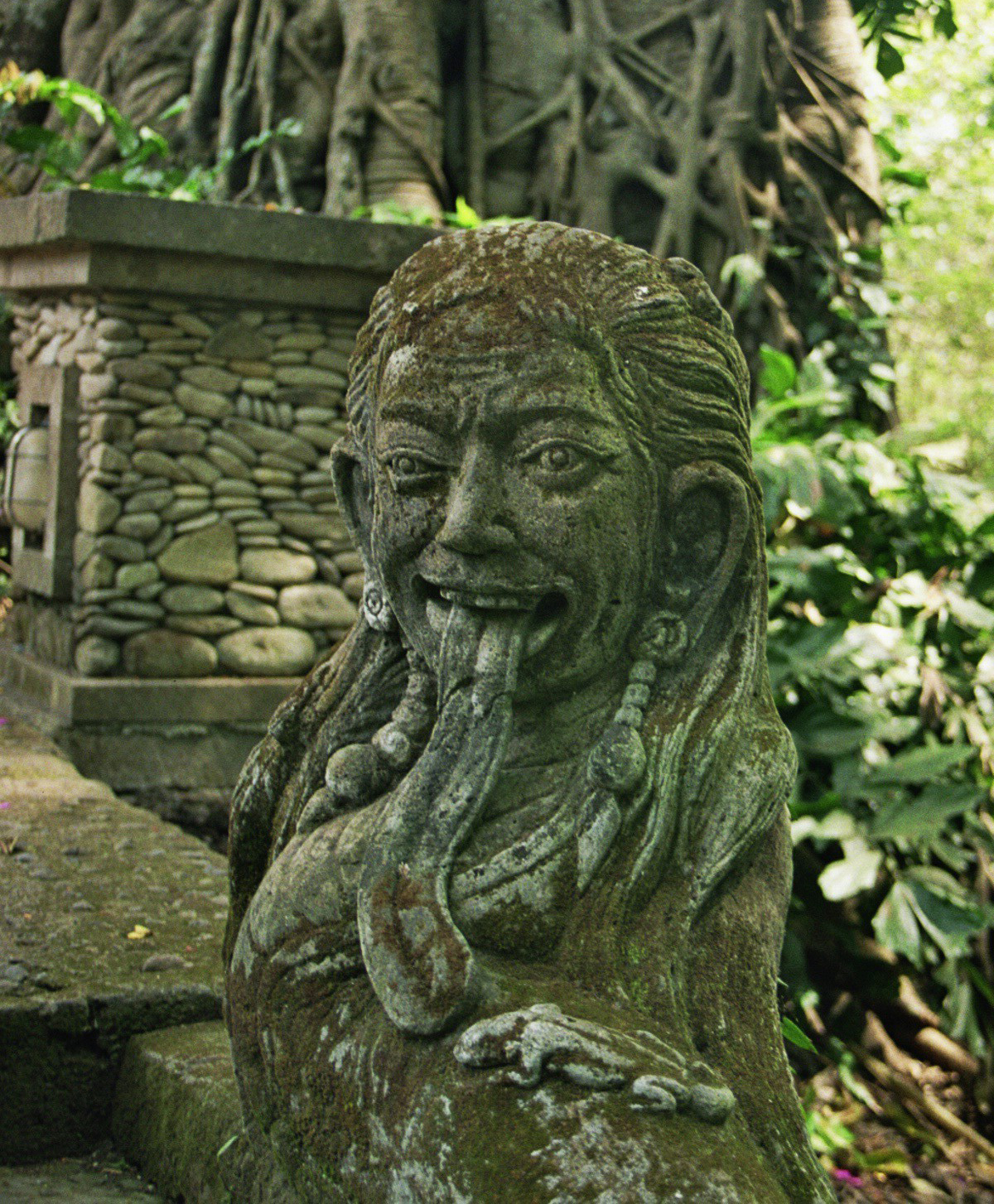 Visiting Bali since many years, I was always touched by these sculptures in Monkey Forest, long time before I knew who made it. The sculptures tune in perfectly with the place, where sacred temple and wild animal meet, very specific, also full of humour and joy of life.

Budiana masters and  combines brilliantly a wide range of techniques and traditions, like sensitive, clear-line black and white drawing style below… 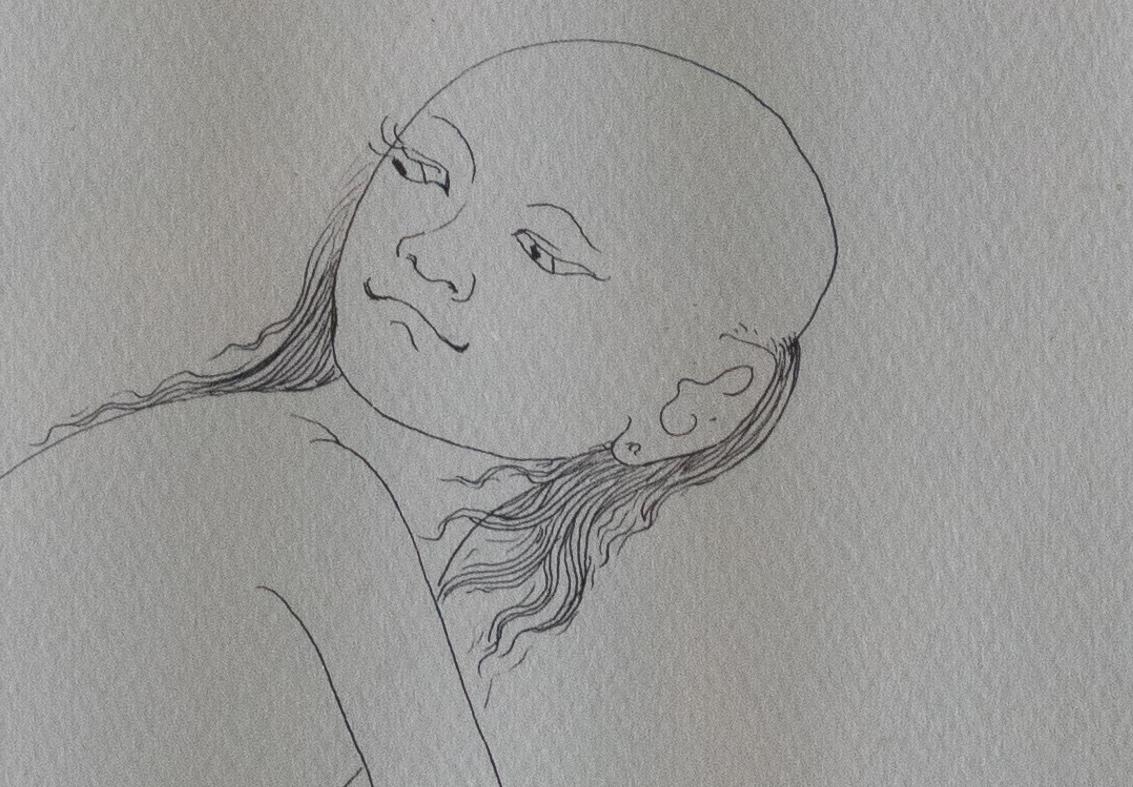 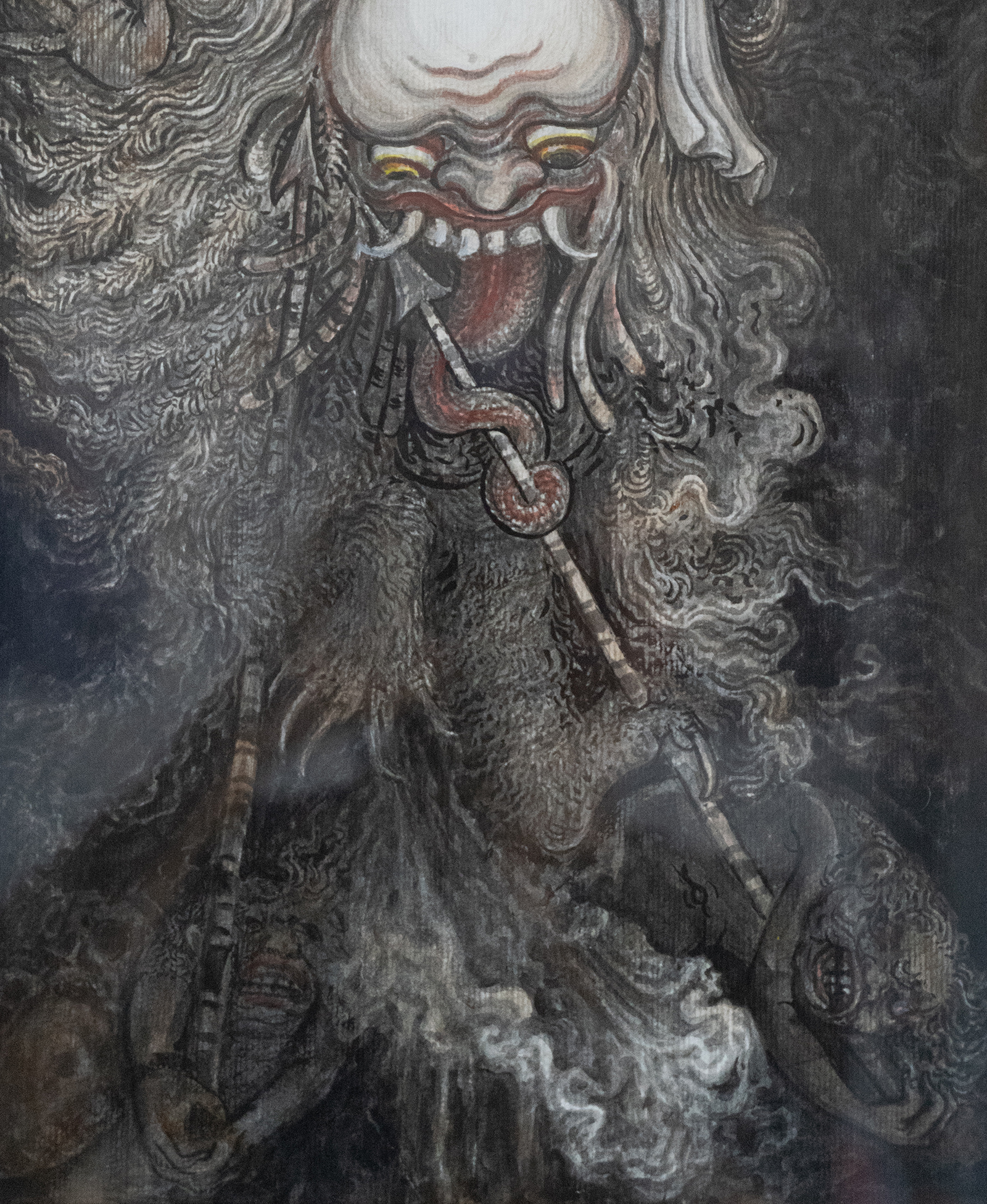 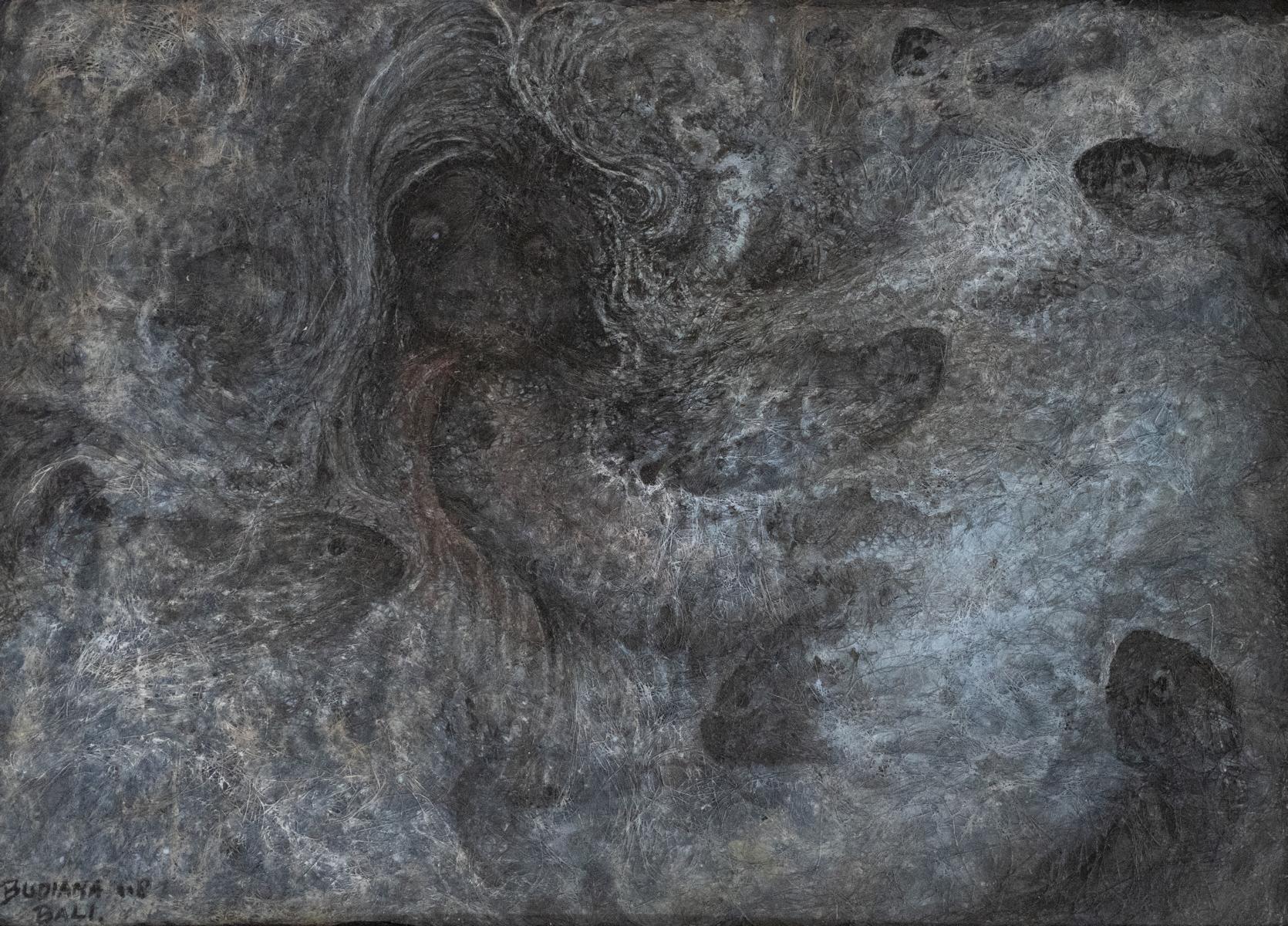 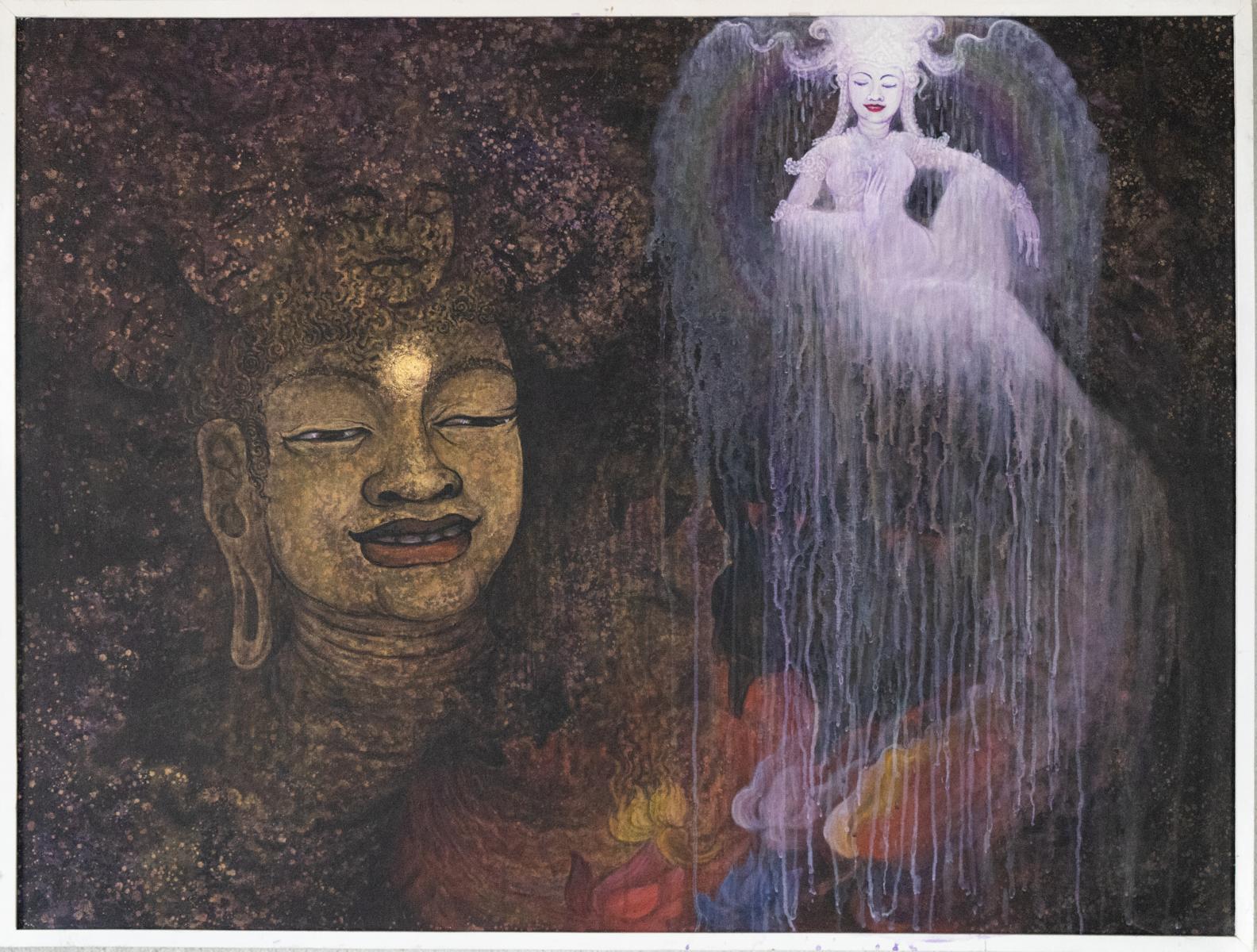 He loves to paint at night, he told me. Life is calming down outside, a meditative atmosphere. More closer to a dream world, it seems. 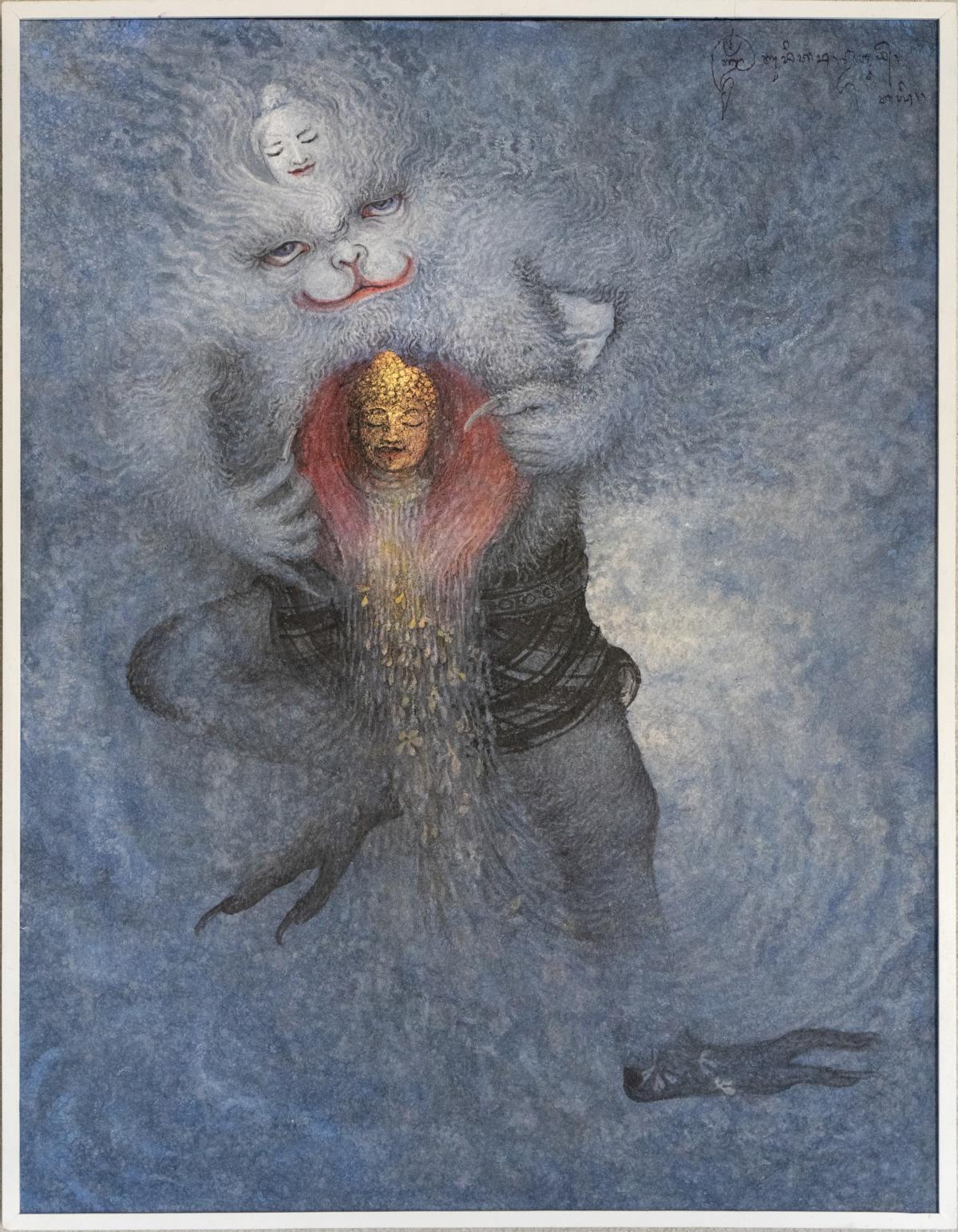 His studio with grey walls keeps out the hard sunlight. It’s calm and quiet like a retreat, modest, not larger than nescessary. You can sense the atmosphere of very focused and disciplined work, but also the deep connection to the family life in the compound outside – traditional Balinese architecture at its best, garden-like and rich in art, full of life with his children and grandchildren.

Budiana told me about his four children and twelf grandchildren, even some grand-grandchildren. He is at age 69  now, still looking young like in his early Fifties. He practices Yoga to keep fit – and enjoys life. 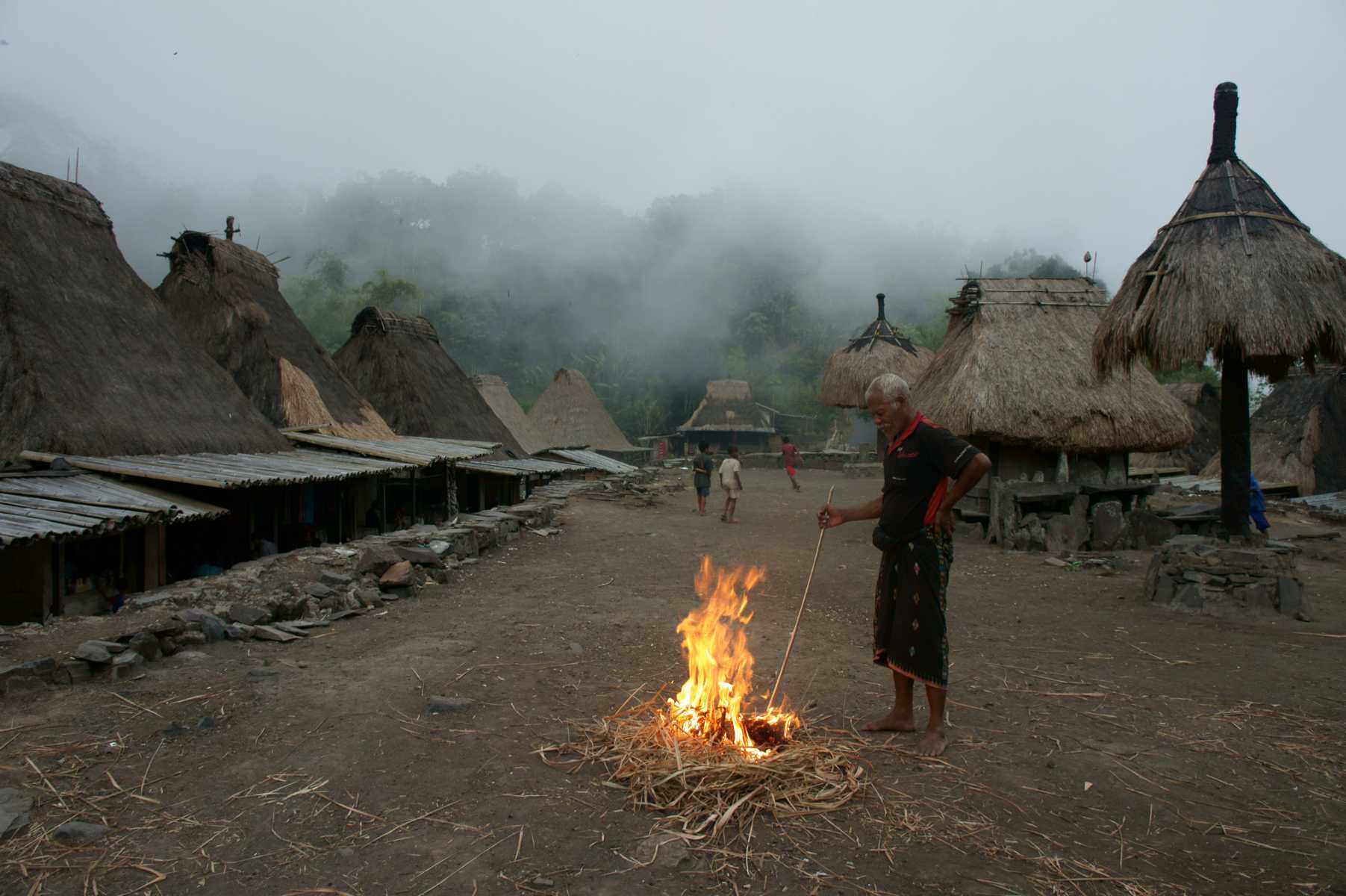 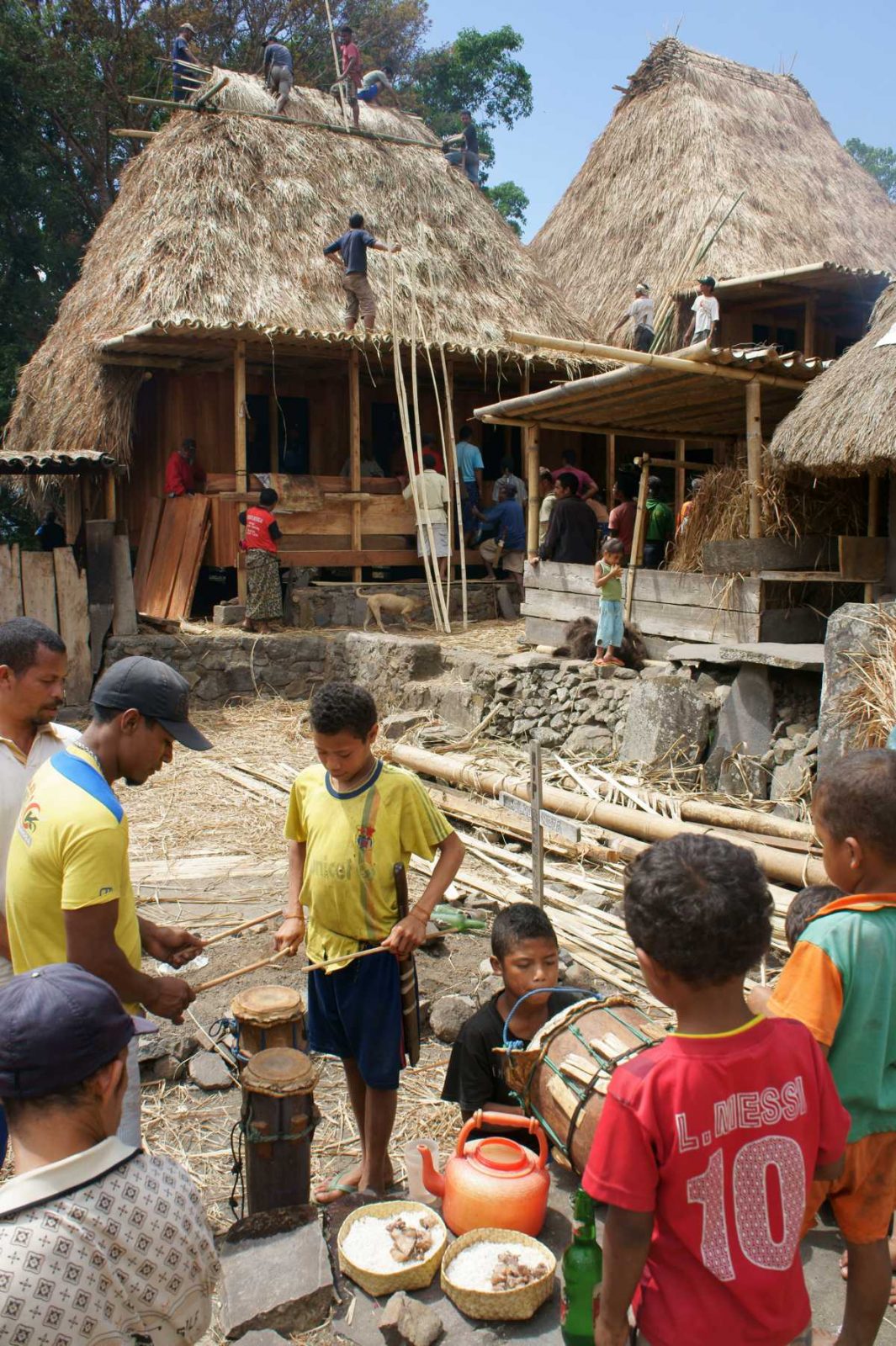 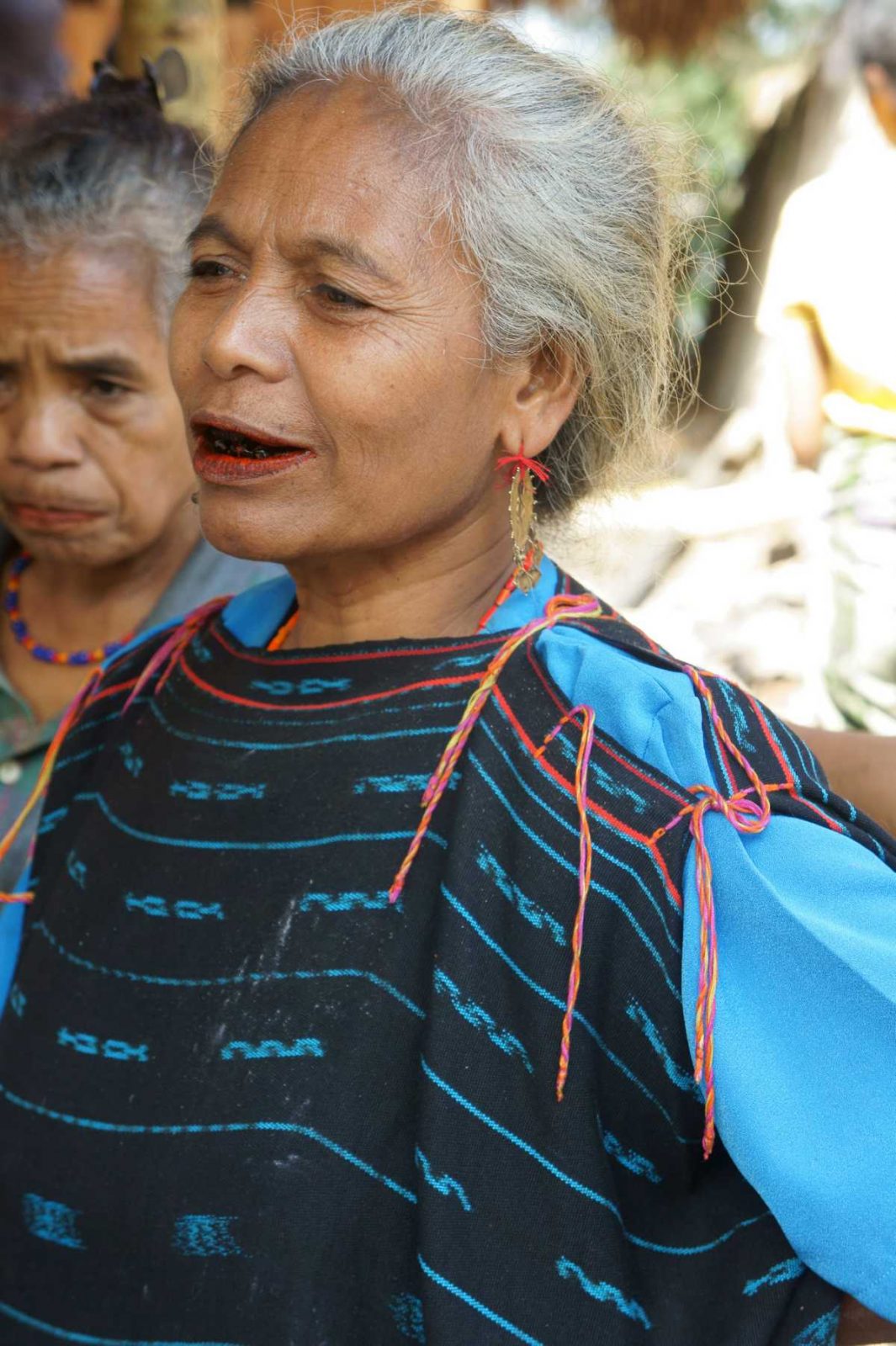 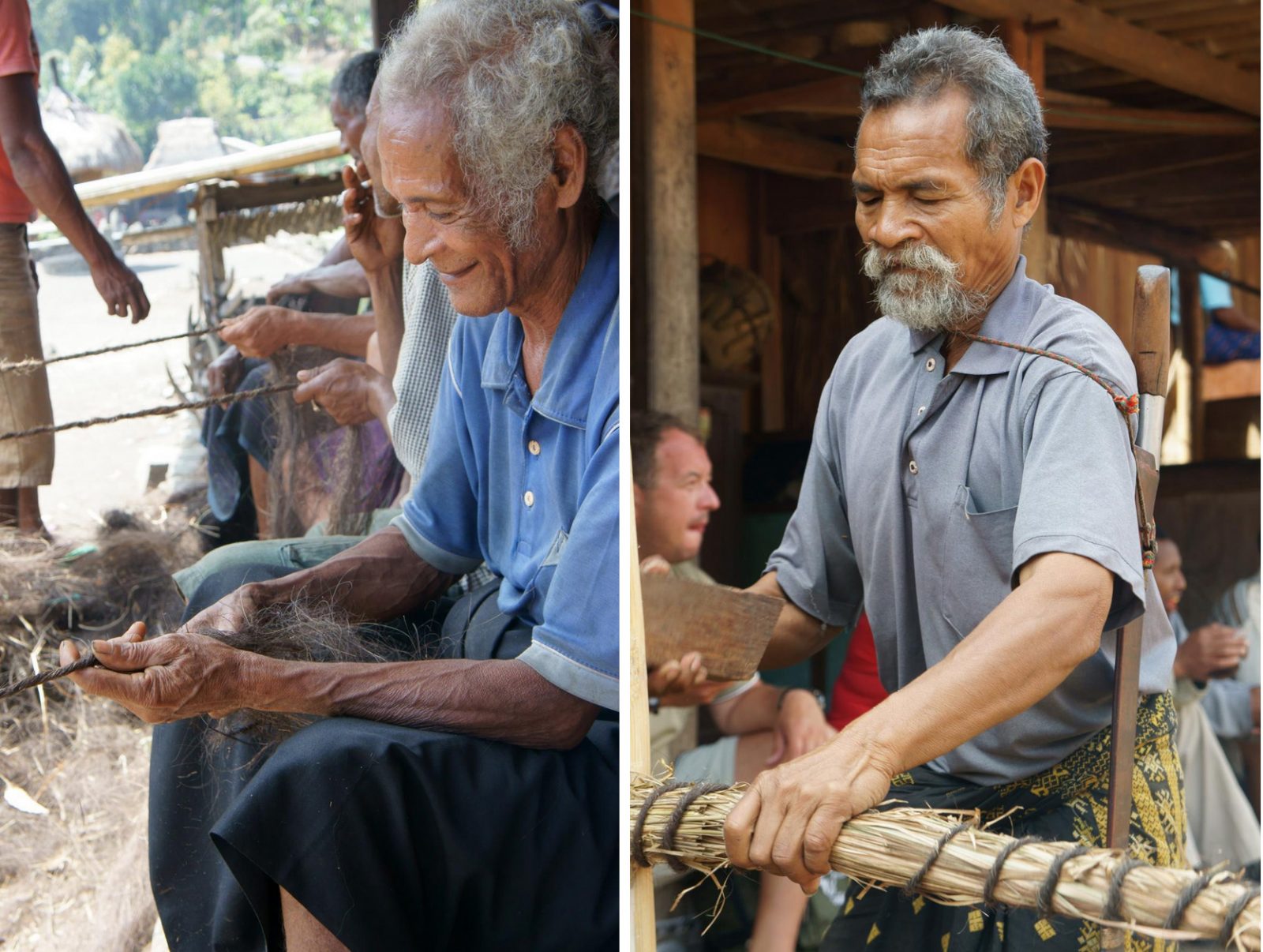 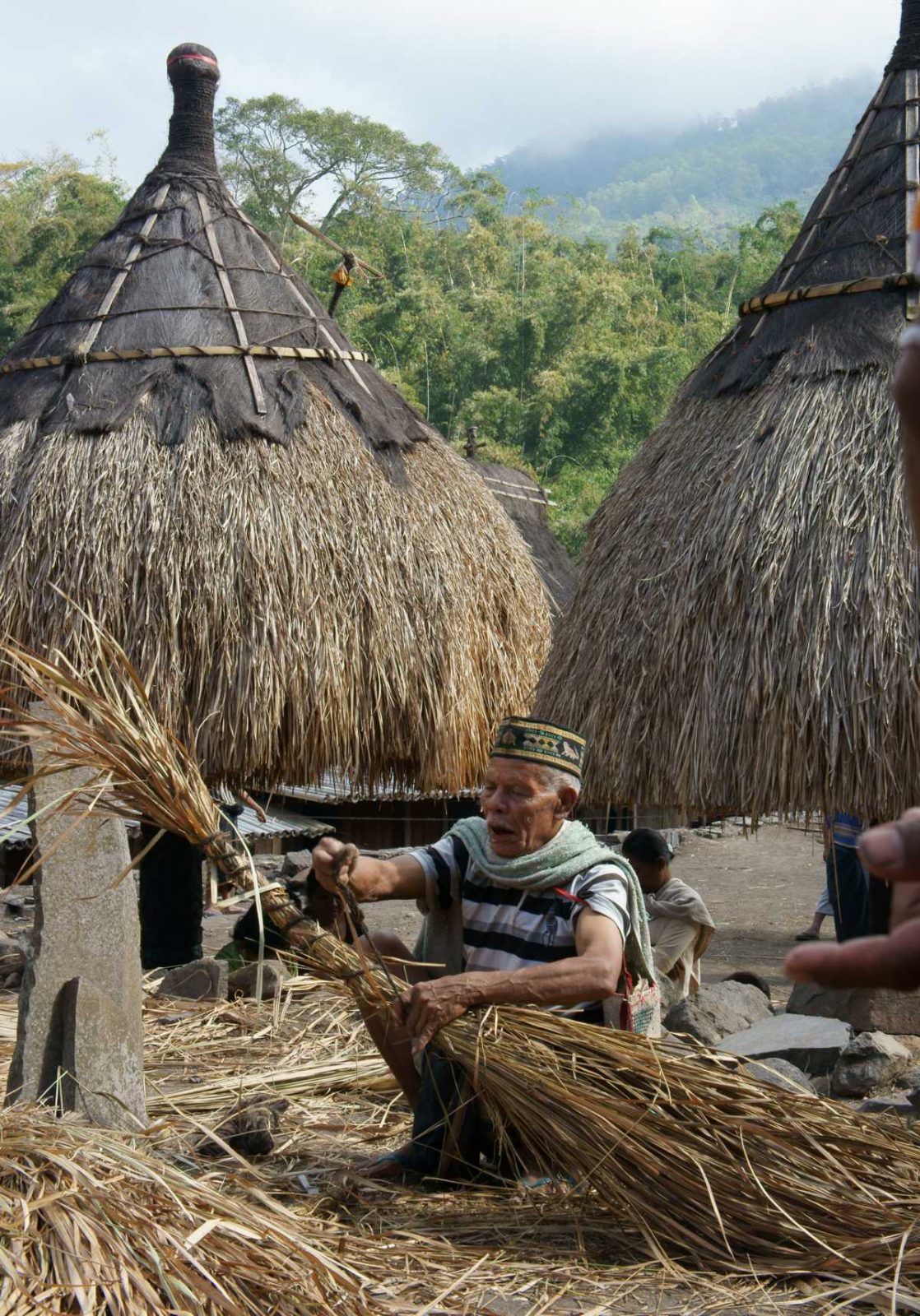